Over the border with Hungary, Austria, and the Czech Republic, you can discover a country, people and customs, set in vineyards, thermal springs, marsh forests with rich fauna and flora. Slovakia is often called “the Switzerland of the East” due to its unspoiled natural beauty offering great potential for travel and eco-tourism development.

Around 80 percent of Slovakia lies more than 800 meters above sea level, and its crowning glory is the Tatras. The highest range in the Carpathians, they form a natural border between Slovakia and Poland, are a designated Unesco Biosphere Reserve, and contain some 100 high-altitude lakes and a clutch of waterfalls. They can be explored via a network of hiking paths.

The number of thermal spring is remarkable. The water from the thermal springs in Podhájska even has even better effects than the water of the world-famous Dead Sea, which is the name of the water. The water is unique of its kind all over Europe and its composition is unique in the world!

The beautiful hilly countryside was home to sheepmen who needed quality nutrition to survive in the rough environment. The main source of food for them were sheep milk products. Up today, Slovakia produces delicious sheep cheese called “brynza” and special smoked cheese “oštiepok”.

Slovakia's roots trace to the 9th-century state of Great Moravia. Subsequently, Slovaks became part of the Hungarian Kingdom, where they remained for the next 1,000 years. Only the First World War activated the anti-Austrian-Hungarian resistance, which culminated in 1918 by the declaration on the joining of the Slovak nation with the Czech nation into a whole – the Czecho-Slovak Republic. Slovakia became industrialized mostly in the second half of the 20th century; heavy industry (including coal mining and the production of machinery and steel) was built for strategic reasons because Slovakia was less exposed to the military threat than the western parts of Czechoslovakia.

CARNUNTUM - A MYTHICAL CITY OF THE CELTIC KINGDOM

The city on the rock, Carnuntum, which archaeologists have searched for several decades across Europe, that Carnuntum, is the city of the Celtic kingdom of Noricum, the Carnuntum that the Romans built 100 years before Christ, at a time when Paris and London were only swamped, this Carnuntum discovered archaeologists recently at the Bratislava Castle. Sights are even 200 years older than the Roman Colosseum!

The capital city of Slovakia today – Bratislava - is a growing hub of culture, as well as the national seat of politics and business. It is a small historical city, but largest in Slovakia and a youngest European metropolis. One can enjoy the shopping, dining and natural wonders Bratislava has to offer as a reemerging sparkler of history, culture, business, and recreation. The pedestrian-only, 18th-century old town is known for its lively bars and cafes. The reconstructed Bratislava Castle overlooks the old town and the Danube.

BUSINESS AND ENTREPRENEURSHIP IN SLOVAKIA

Since the establishment of the Slovak Republic in January 1993, after the peaceful dissolution of Czechoslovakia, the country has undergone a transition from a centrally planned economy to a free market economy. The country joined the European Union in 2004 and the Eurozone in 2009.

Slovakia’s industry has been growing and building on a long-standing tradition and a highly skilled labor force. Main industries with potential of growth represent the following sectors: automotive, IT, electronics, mechanical engineering, chemical engineering and information technology.

Last year, carmakers in Slovakia again exceeded the magical level of one million cars produced, Slovakia still the biggest car producer per capita in the world. But representatives of the automotive sector fear that the accumulated problems regarding the lack of qualified labour, a malfunctioning education system unable to generate a labour force as well as intensifying pressure on higher wages could make Slovakia less attractive for new projects by carmakers. The coming years will be critical in terms of the sustainability and competitiveness of our economy’s key sector.

According to Forbes, in 2016, Slovakia belongs to CEE countries with very good infrastructure and very good locations so there is availability of human capital. Its economies are specializing very well and have regulations that work.

Attitudes toward entrepreneurship in Slovakia have changed in recent years as small businesses help boost the economy. The country's total economic output reached $86.6 billion in 2016--of which small- to medium-size businesses contributed 57 percent, according to the research firm Global Entrepreneurship Monitor.

Bratislava makes an especially strong showing in the IT and transportation sectors, and has drawn the attention of world-renowned entrepreneurs like Elon Musk. The Tesla and SpaceX founder's "Hyperloop" technology--a high-speed, tube transportation system--may see its first implementation in Bratislava, for example. Recently, the Los Angeles firm Hyperloop Transportation Technologies says it signed an agreement with the Slovak government to begin work on a project connecting the capital to other Central European hubs.

The automotive sector is among the fastest growing sectors in Slovakia due to the recent large investments of Volkswagen (Bratislava), Peugeot (Trnava), and Kia Motors (Žilina Plant, Žilina).

The Slovak arm of the German carmaker Volkswagen Slovakia (VW SK) continues to grow in Slovakia. The Bratislava factory grew not only in size but its product portfolio also increased. The number of employees hit a record high of 13,700, confirming its position of the largest private employer in Slovakia.

Matador is a producer of quality tires. The biggest Korean investor in Slovakia is Kia, employing some 4,000 people; Samsung places second, providing work for about 3,500 employees.

DID YOU KNOW, THAT?

The men from ,nowhere´ pop artist Andy Warhol, born in Pittsburg,
defined himself as Czechoslovak for most of his life.

The Ruthenians (also sometimes called Rusyns) are an ethnic minority with a complex history who come from the East Carpathian Mountain region. Some one million people claiming this heritage are today scattered through Slovakia, Ukraine, Yugoslavia, Romania and Poland.

The birthplace of Warhol’s parents, the village of Miková, was still part of the Austro-Hungarian Empire when his father Andrij Warhola, like many Ruthenians, emigrated to the US in 1914, shortly before the outbreak of the First World War. The state of Czechoslovakia — created after the dissolution of the Austro-Hungarian empire — has been in existence for only three years when Julia followed Andrij to America in 1921. The couple’s story would have passed unnoticed by history had not their youngest son, also named Andrej, become the world’s best-known pop artist.

A life-size statue of the diminutive Warhol (who dropped the “a” from his Americanized surname) in front of the building, and a bus stop beside it styled as a Campbell’s soup can, mark this as the Andy Warhol Museum of Modern Art. It holds the second largest collection of the artist’s works in the world.

Warhol, who once stated, “I am from nowhere,” never visited Slovakia. But his brother, John, who was vice president of the Andy Warhol Foundation for the Visual Arts in New York, lent his help to a group of local cultural figures who wanted to exhibit Warhol’s art, visiting Medzilaborce several times from the late Eighties onwards.

The museum was finally opened in 1991 by the Slovak Ministry of Culture, and today displays 160 Warhol originals – the only larger collection is at the Andy Warhol Museum in Pittsburgh. The artist has seeped so comprehensively into modern consciousness that it feels slightly unreal to view his actual work. Portraits of Lenin, Jackie Onassis and Marilyn Monroe are a reminder of his keen eye for colour. There are some Campbell’s soup cans, of course, but his imagination extended beyond these classics to encompass everything from fish to fairies. His 10 Portraits of Jews of the 20th Century, including Kafka and the Marx Brothers, are an eloquent answer to the near-total eradication of Slovakia’s Jewish population during the Second World War.

Andy Warhol looks a scream, hang him on my wall.
Andy Warhol, Silver Screen, can’t tell them apart at all.
— David Bowie’s “Andy Warhol” (from the LP Hunky Dory)

GET IN TOUCH WITH US FOR MORE DETAILS. 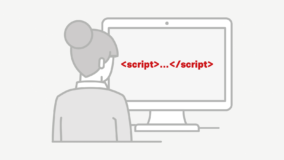 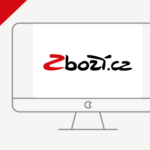 GIOBA is a Prague-based educational organization.
We aim to create customized study programs and applied experiences for foreign university students.